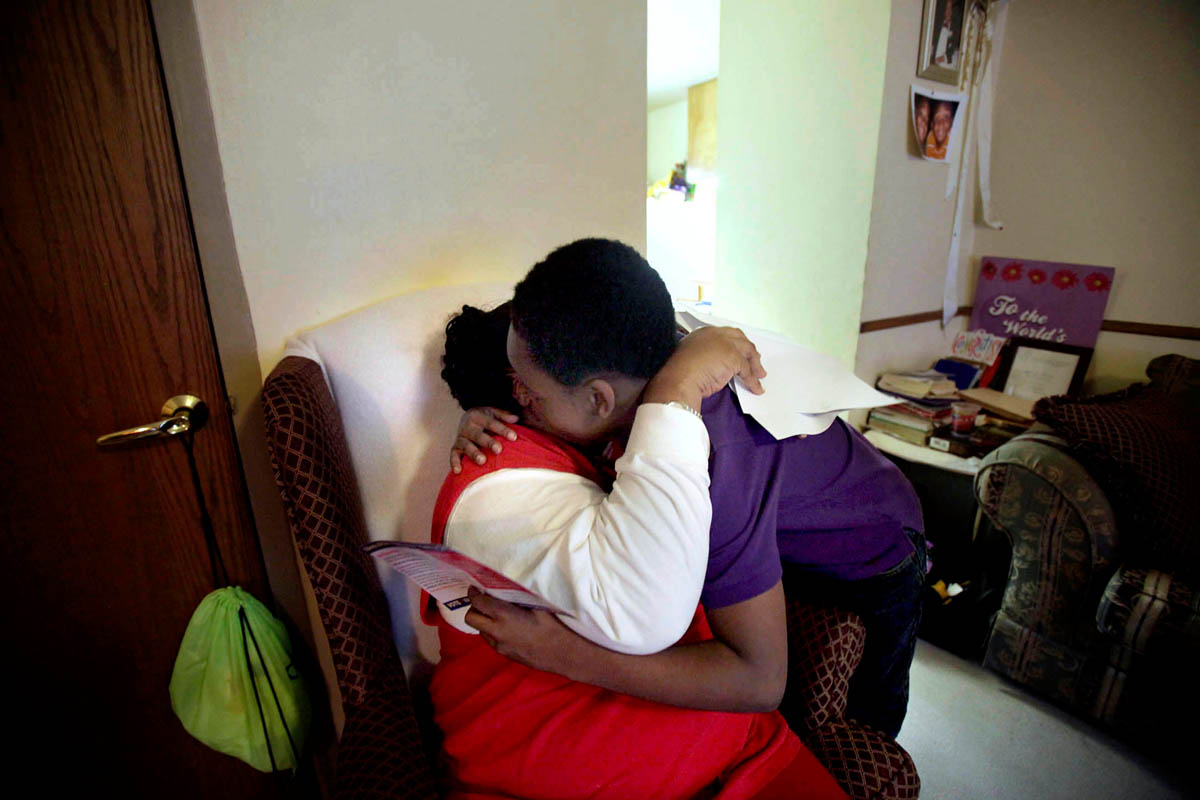 Shakiem gives Brandy a hug after showing her his report card. Shakiem was removed from Brandy's custody when he was an infant and has lived in over a dozen foster homes. Brandy has battled a drug addiction problem which led to the removal of each of her children shortly after their births. She has regained custody of her boys twice before, but the each time they were removed after a month in her home. They now have regular unsupervised visits, including occasional overnights.