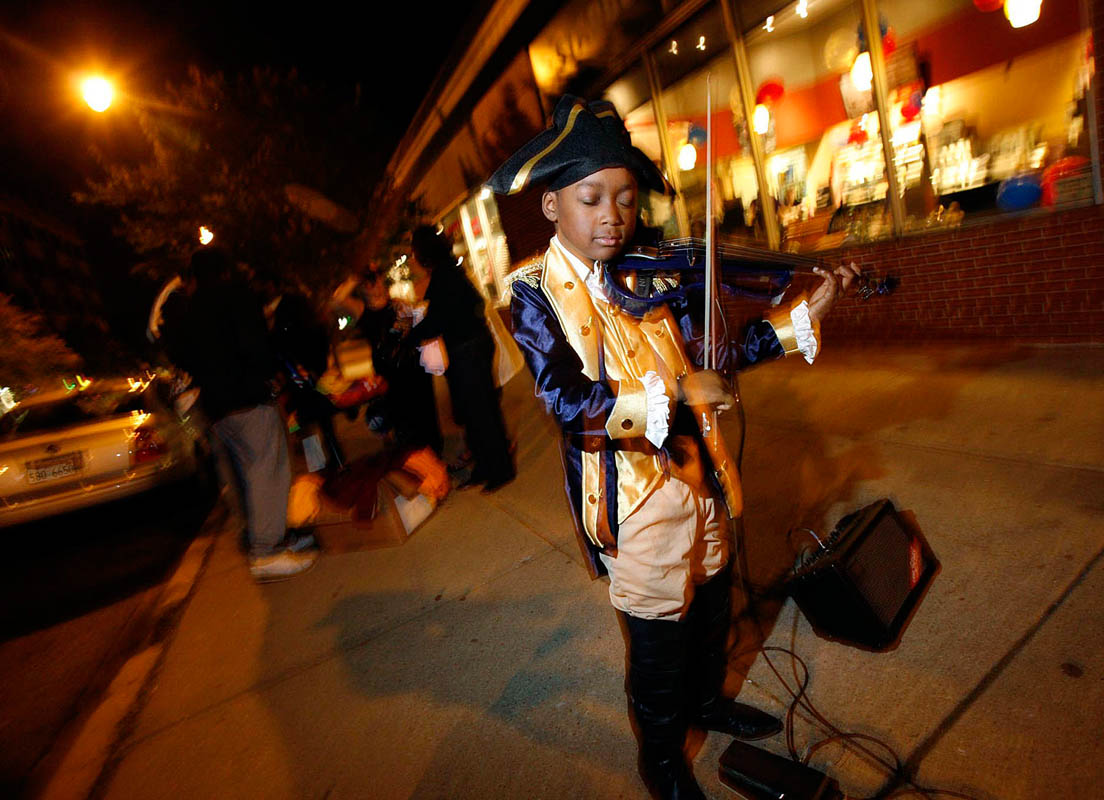 "I play for Mr. Obama," says Max Lulich, playing patriotic themed songs on a street corner in Hyde Park, not far from where President-elect Obama resides. "You never know, maybe I could be president one day," he says.

Max played in a costume he made for a class project and his set list included Yankee Doodle Dandy, the Marine's Hymn, America the Beautiful, Star Spangled Banner, and Stars and Stripes forever.