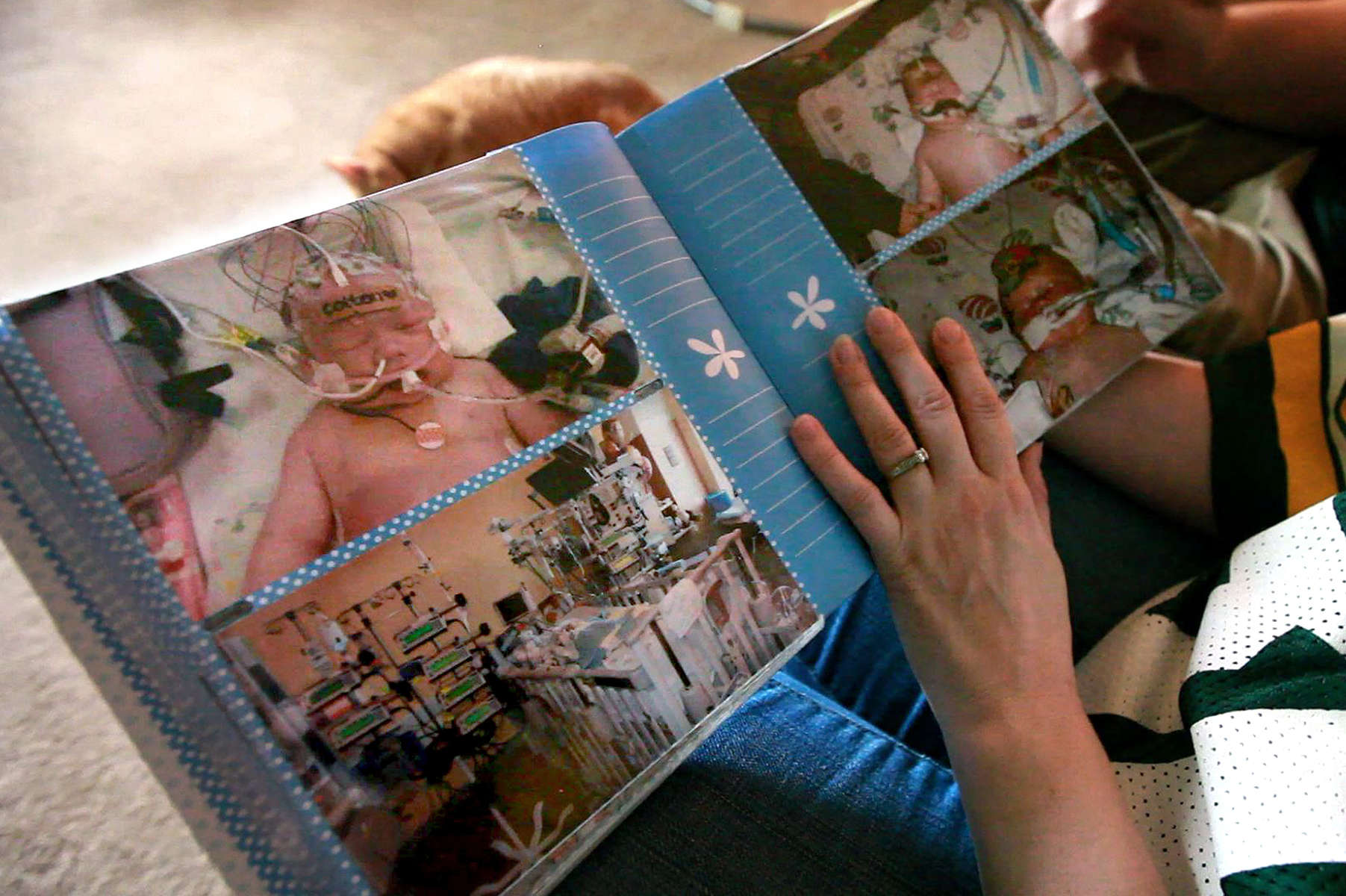 Colton's mother Karen looks at a photo album from his first weeks of life, filled with heartbreaking photos of a very ill child. Less than a day after being discharged from the hospital following his birth, Colton was lethargic and blood began pouring from his nose. His heart stopped and his body was flooded with toxic ammonia levels. Doctor's didn't think Colton could survive, but tried a cooling technique to protect his brain and heart while he underwent dialysis. Had the hospital followed procedure, Colton's metabolic disorder could have been diagnosed before it threatened his life.