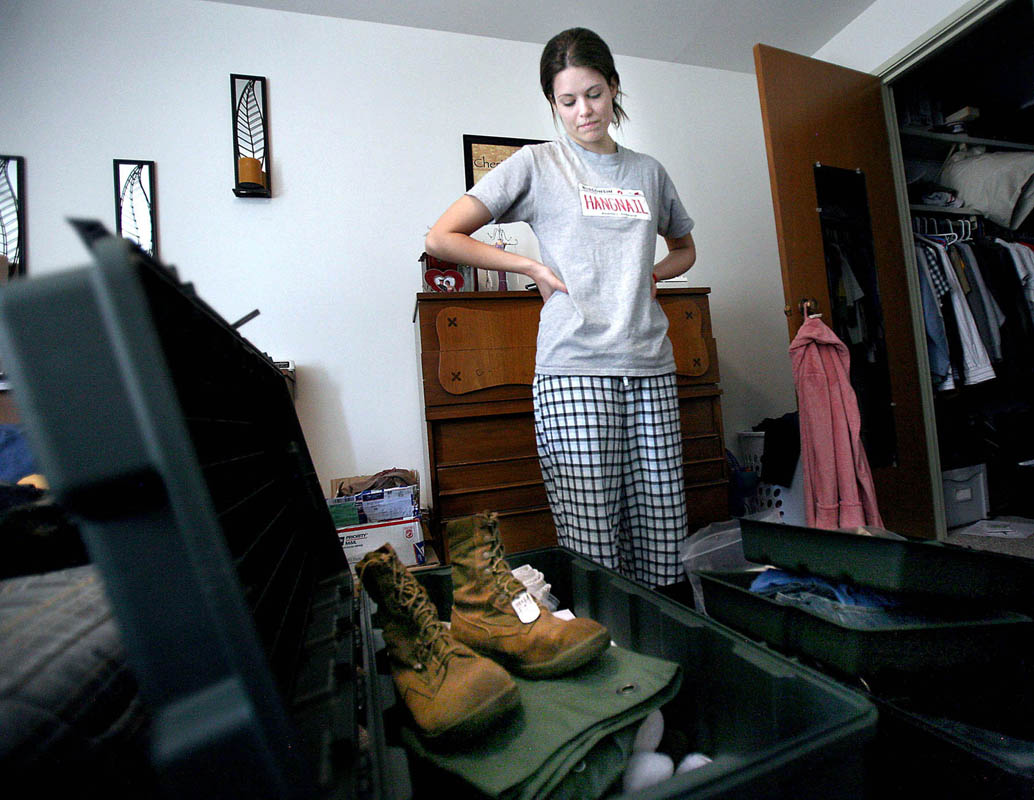 Kristen looks over Ricky's belongings, returned to her in two large footlockers. "I was still waiting for them to say they made a mistake--it was the wrong guy," says Kristen. "When they pulled out his t-shirts and his pair of jeans-- that was when l just lost it. ...It really did happen. It was him. It's not some other guy. Just to know that was the last stuff he touched...it's just very difficult." The boxes have sat in the center of their bedroom for weeks and she hasn't been able to unpack them.