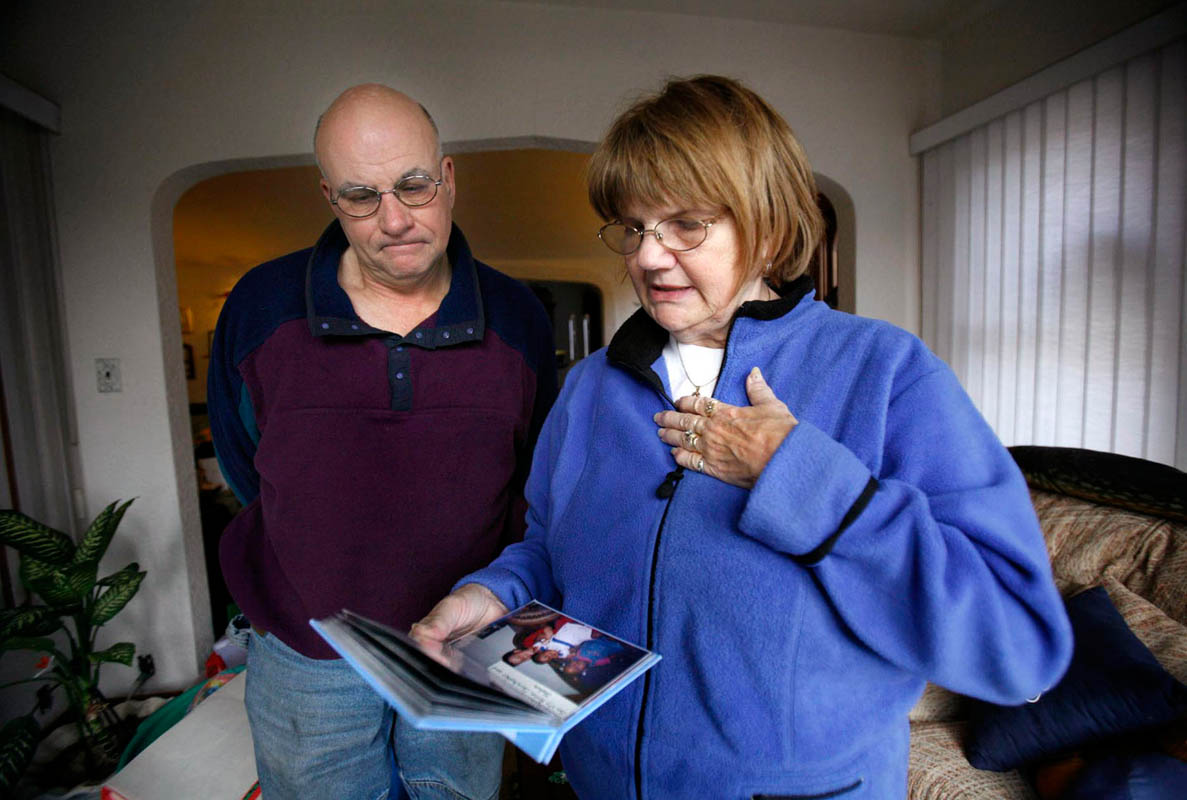 Robert J. Logan, left, and his wife Darlene M. Logan look at photos of Christopher Thomas, the happy boy they fostered for nearly three months. "We need him to be remembered for what he was...such a good boy" says Robert. "Something like that shouldn't happen to kids."

The couple says they asked repeatedly to be allowed to adopt Christopher, but were denied. He was placed in another foster care home after their attempts failed--the very home where he was beaten to death.