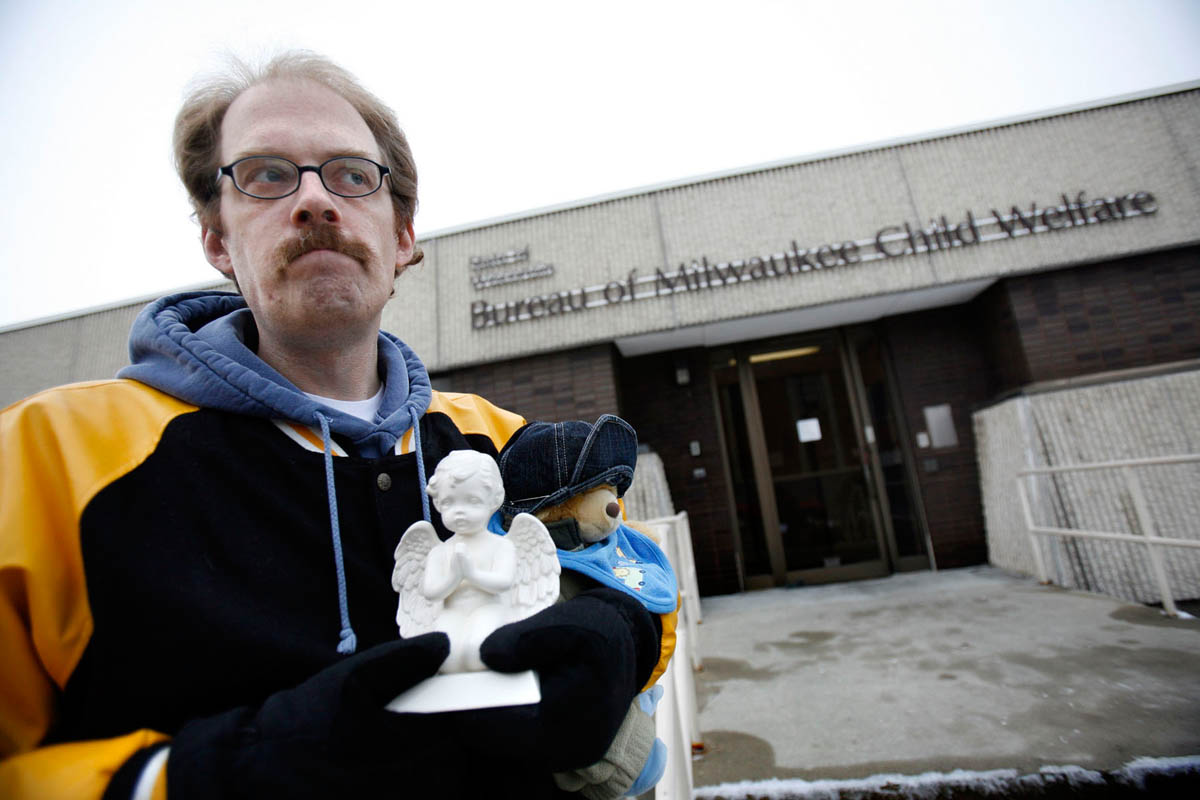 After Christopher Thomas's death was publicized, people began coming forward sharing stories of how their children had died in foster care, including Rob Whitman. He arrived at a protest at the Bureau office, carrying a small angel urn that holds the cremains of his son. "This is how my son was returned to me," he says. Robert Whitman, Jr., 2-months-old, died while in the custody of foster parents, just two days after being removed from Whitman's home.