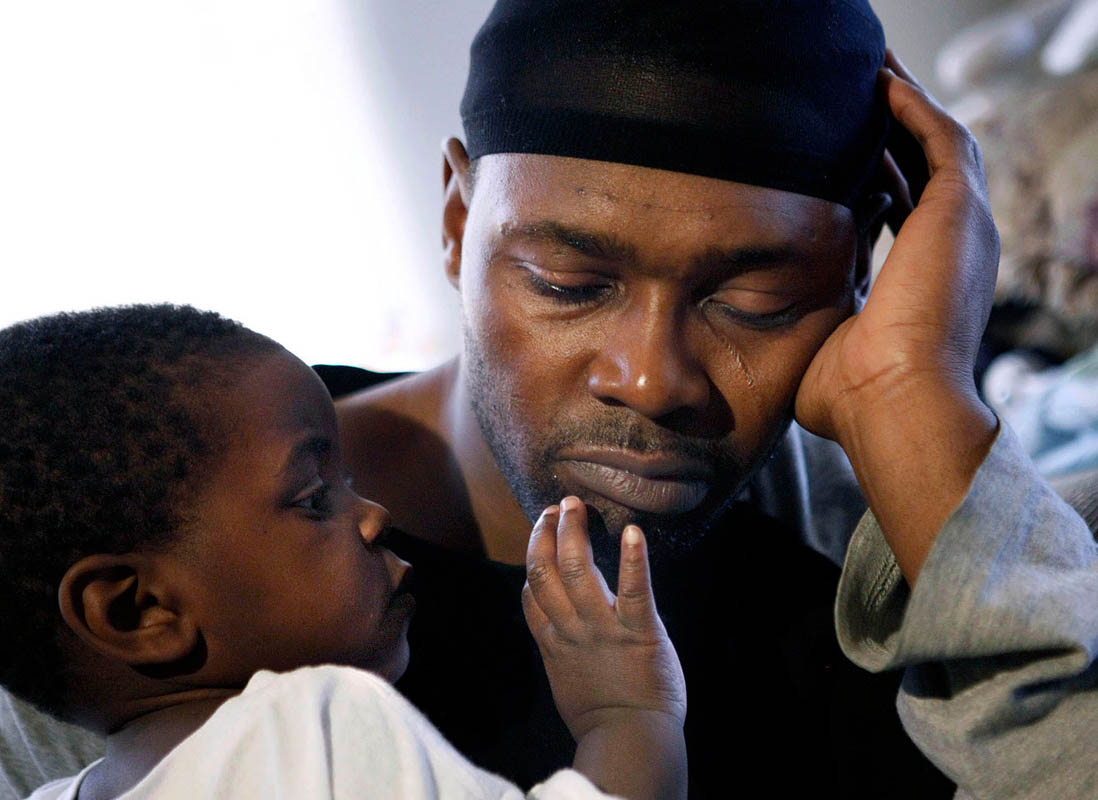 Cedric Buchanan (right) is comforted by his son Branden, 1, as Buchanan deals with news of his six-day-old daughter's death. The baby died while sleeping on the couch with her intoxicated mother, Rose Prescott. This is Prescott's second child in 13 months that has died in the same manner. After the first child died, the mother was investigated for child endangerment by the bureau. They knew she had another child but did not return to ensure it's safety.