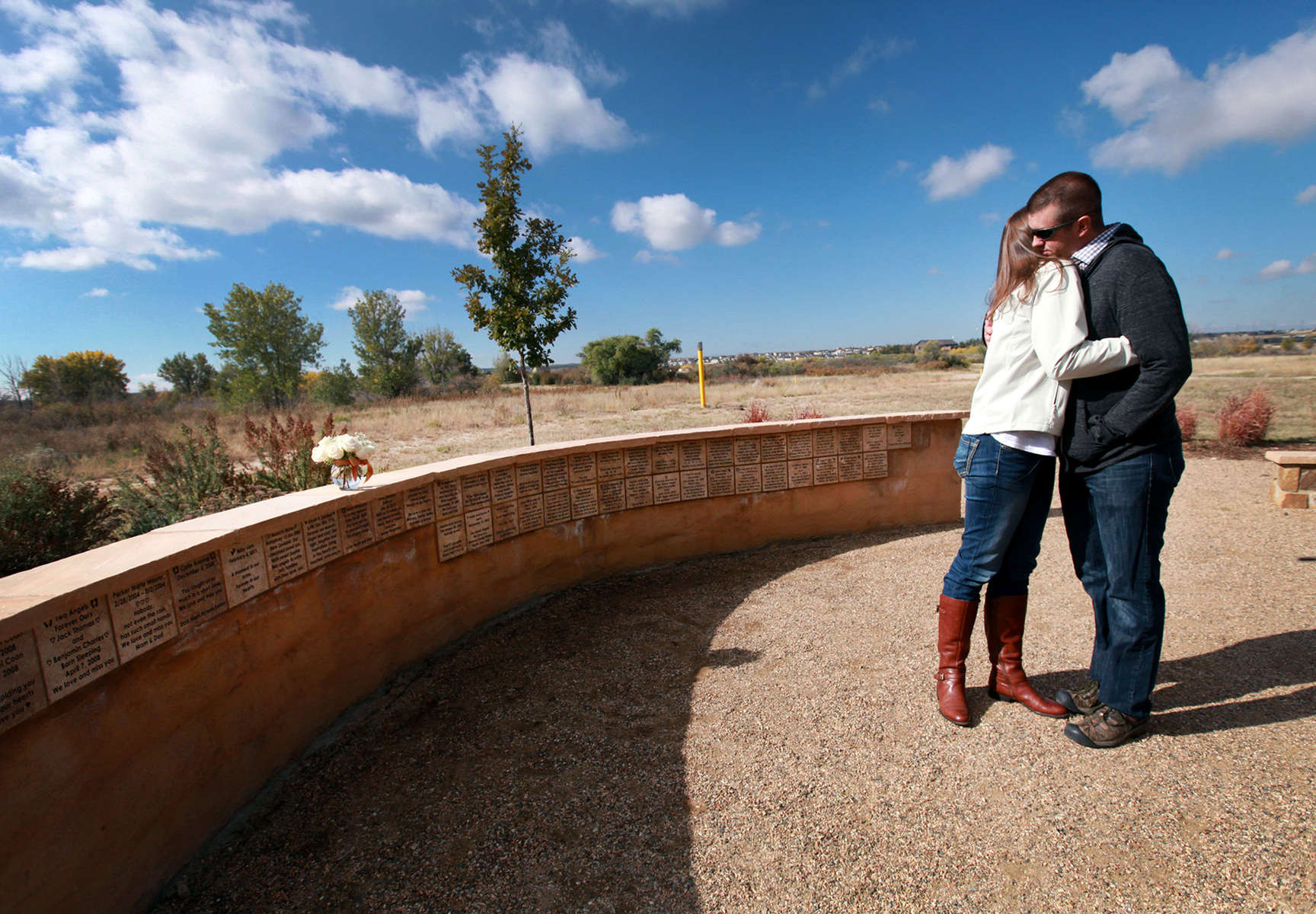 Noah died of a condition known as MCAD and is 90% treatable. The only way to identify the disorder is through the newborn screen. The However, Noah was born on a Friday and the Colorado state lab, like more than half of the labs in the United States, do no process screens on the weekend. The Wilkersons were not notified that Noah had a genetic disorder until the day after his death. "A day too late for us to try do do anything to save his life," says Sarah. She and her husband Chris hug after visiting their son's memorial in October.