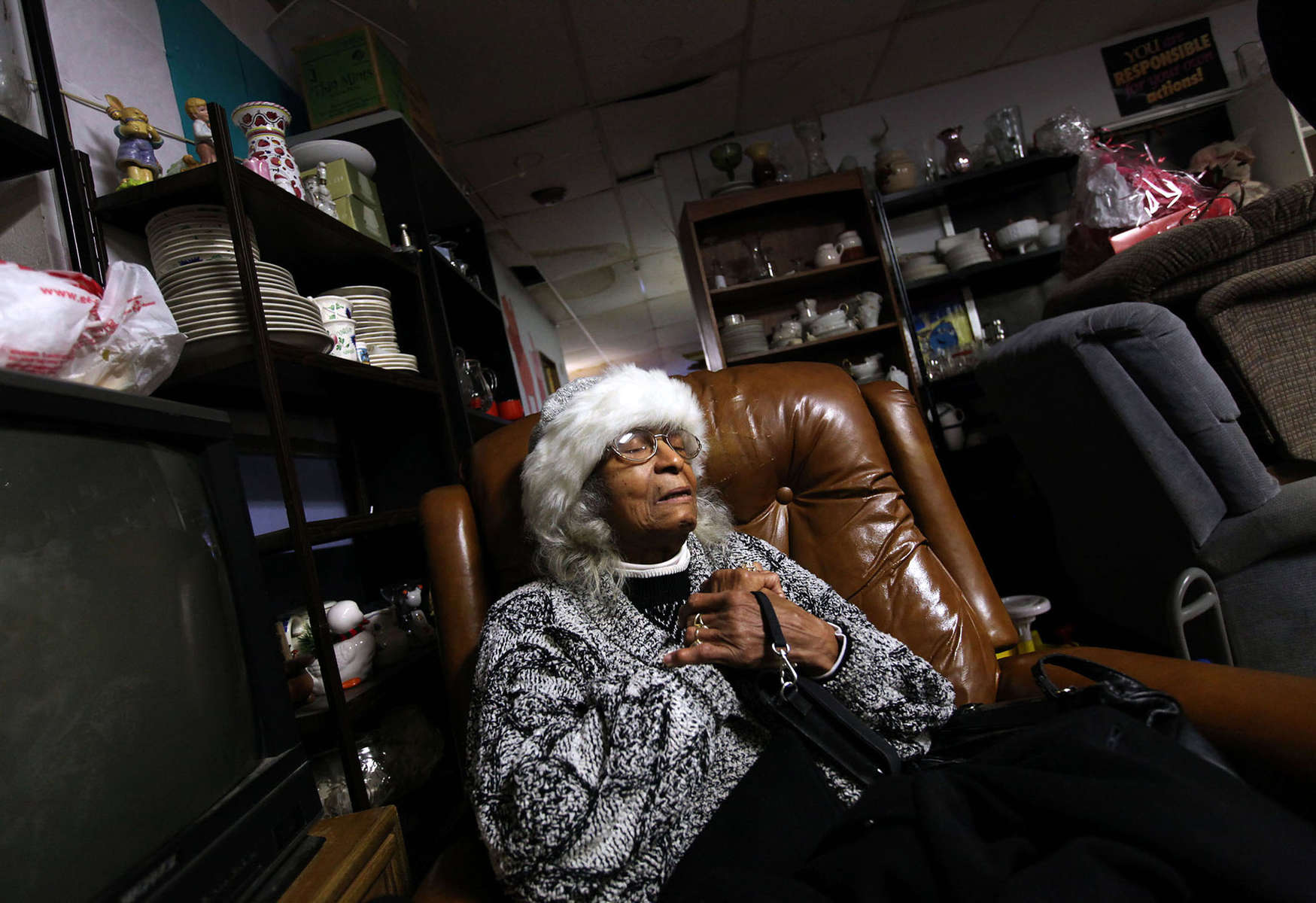 "God blessed me," says Corrine Miller as she sits a storage building where she had just spent the night after the City of Milwaukee, Wis. declared her home uninhabitable. "I know he's gonna work this out," she continued the, although there's little chance she'll be able to return to her home. The city cited numerous safety issues which led to boarding Miller's home up, in addition to the home being foreclosed upon unless she can come up with thousands of dollars by the end of the month.